Despite announcing her retirement late last year to focus on being a newlywed and potentially starting a family, Nicki Minaj is officially making her return to music—and her devoted fans can thank pop star Meghan Trainor.

Nicki Minaj had her Barbz in a frenzy when she posted a snippet of a new song titled “Nice To Meet Ya” without providing any further context about what they could expect other than the release date of January 31st.

Well, a few hours later the mystery was officially revealed and its courtesy of Meghan Trainor, best known for her hit song “All About That Bass.” Meghan apparently couldn’t wait a few more days to reveal the news and instead took to social media to clarify.

“The rumors are true #NiceToMeetYa featuring my QUEEN @NICKIMINAJ…out on Friday!”

Meghan’s album, “Treat Myself,” will also reportedly be dropping on the same day. This is likely some much-needed positive news surrounding Nicki Minaj, as multiple reports are circulating regarding her older brother, Jelani Maraj, who was recently being sentenced to 25 years to life in prison for raping his 11-year-old stepdaughter.

As of right now, Nicki has not publicly commented on her brother’s sentencing and it’s not likely that she will, as she has been mostly private about it since his initial arrest and trial started.

We’re sure that Nicki’s devoted fans will make sure that her new collab gets a lot of love on both streaming services and radio. 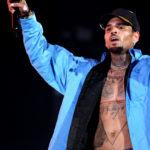 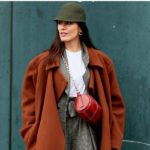