Nikki Bella and Artem Chigvintsev just reached a major milestone in their relationship, and if all goes according to plan, the couple will have yet another reason to celebrate come 2021.

The 37-year-old reality TV star opened up about her flourishing relationship on the Wednesday, Dec. 2 episode of The Bellas Podcast, revealing that she and Artem “are now officially Napa residents.”

“And I have to say, we both have been just in heaven,” Nikki told twin sister Brie Bella, who was the first of the pair to relocate from Phoenix, Arizona to Wine Country. “We’ve driven around, we’ve done a lot of walking and both Artem and I are like, ‘This is home.'”

Nikki and Artem haven’t moved into their new house just yet, as the Total Bellas star may or may not have bought it sight-unseen only to wind up hating the entire interior, but she’s already beaming at the idea of having a home that’s made for them and their 4-month-old son Matteo. 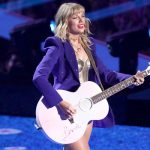 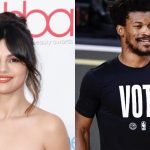