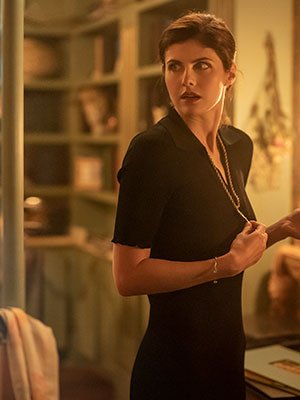 ‘Anne Rice’s Mayfair Witches’ is based on the bestselling Anne Rice trilogy ‘Lives of the Mayfair Witches.’ The 8-episode series follows an intuitive young neurosurgeon, Rowan Fielding, who discovers that she is the unlikely heir to a family of witches. As she grapples with her newfound powers, she must contend with a sinister presence that has haunted her family for generations.

Alexandra Daddario stars as Rowan Fielding. Additional cast includes Jack Huston as Lasher, Tongayi Chirisa as Ciprien Grieve, Harry Hamlin as Cortland Mayfair, Beth Grant as Carlotta Mayfair, Annabeth Gish as Deirdre Mayfair, and Erica Gimpel as Elena Fielding.
The series premiere of the show actually beat the hit series ‘Interview with the Vampire’ to become the #1 new series premiere in the history of AMC+ based on the first five days of viewership on the streaming platform. See more photos of ‘Anne Rice’s Mayfair Witches’ in our gallery now. 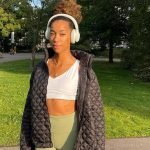 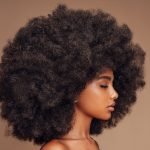