Prince Harry and Meghan Markle have made the journey home.

The Duke and Duchess of Sussex are back in California after being in the U.K. where they attended Queen Elizabeth II‘s Sept. 19 funeral.

Harry and Meghan were already in the U.K. before Her Majesty’s death, attending the 2022 One Young World Summit in Manchester, England. Once news broke that doctors were “concerned” for the monarch’s health, Harry rushed to the Queen’s Balmoral Estate to be by her side. At the Scotland property, Queen Elizabeth passed away at the age of 96.

Following the news of her passing on Sept. 8, Meghan, Harry, Prince William and Kate Middleton joined forces to make a joint appearance outside Windsor Castle two days later. The group sighting marked the first time all four parties have been photographed together in over two years.

During the appearance, Harry touched on how things have felt inside the castle walls since Queen Elizabeth passed on. “It’s a lonely place up there now without her,” he said to supporters gathered outside the castle on Sept. 10, as seen in a video captured by The Sun. “Every room she was in, we felt her presence throughout.” 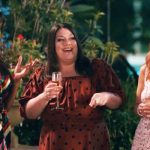 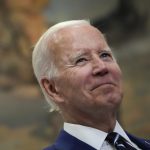