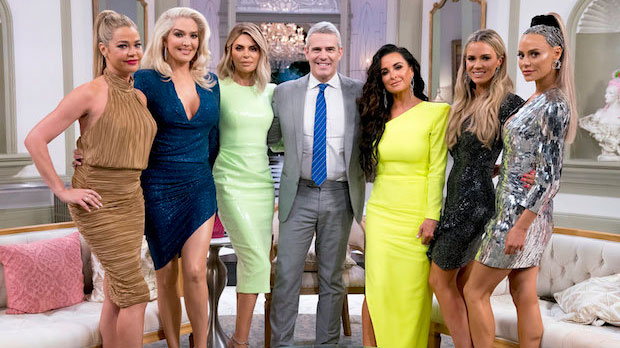 ‘RHOBH’ takes New York City! Some of the cast hopped on a private jet to see co-star Erika Jayne on Broadway, Jan. 13! Fans quickly noticed that Denise Richards was absent amid rumors that she had an alleged affair with Brandi Glanville!

It’s never a dull moment with The Real Housewives of Beverly Hills! Lisa Rinna, Teddi Mellencamp, Kyle Richards and Sutton Stracke all boarded a private jet to New York City on Monday to see their girl, Erika Jayne in Chicago on Broadway. While Dorit Kemsley, who moved to Chicago in August, wasn’t on the PJ, she eventually joined the women when they touched down in New York.

Each of the RHOBH in attendance documented the trip on social media. The group shared similar photos and videos to their separate Instagram pages, none of which included Denise Richards. The actress, who joined the show in season 9, is currently at odds with some of her co-stars — Lisa Rinna in particular. There’s been drama between the two ever since Lisa called her out for being a no-show at an event at Dorit’s home in December. Rumor has it that Denise and Lisa go at it this coming season.

Denise is also combatting rumors that she and Brandi Glanville had an alleged months long affair, which Denise’s rep has denied to other outlets. The alleged hookup(s) is said to have taken place while Denise was already married to Aaron Phypers, whom she wed in 2018. Their nuptials were even televised on RHOBH. OG Housewife Camille Grammer, who will return for season 10 in a smaller capacity, denied the alleged affair. She tweeted that “someone is desperate for a diamond.” (Sips tea, repeatedly.)

Denise has also taken a step back from work duties after she underwent an emergency procedure for four hernias, she revealed in a posted on Instagram in December.

“Taking a bite out of the big ???? and all that jazz…,” Teddi, who is currently eight months pregnant, captioned a photo of the group mid-air. Lisa, Teddi, Dorit, and Sutton later celebrated Kyle’s belated birthday with a late night dinner at The Polo Bar.

“Benny and the Jets….. oh but they’re weird and they’re wonderful,” Lisa captioned a video post on Instagram, which showed the group dancing on a private jet from Beverly Hills to NYC. Other posts included excited messages aimed at Erika, who couldn’t wait to reunite with the cast.

It appears as though the RHOBH are filming the last scenes of season 10 in NYC, which is expected to premiere early this year. The upcoming season welcomes back returning Housewives, Kyle Richards, Lisa Rinna, Erika Jayne, Dorit Kemsley, Teddi Mellencamp. Newcomer, Sutton Stracke will join the cast in season 10, along with the newest face, actress Garcelle Beauvais. OG’s Camille Grammer and Brandi Glanville, who’ve already been spotted filming scenes in late 2019, are expected to return in a limited capacity. Yet, the same can’t be said for the drama they’ll bring! 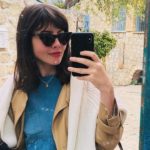 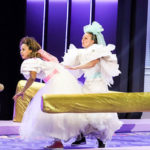