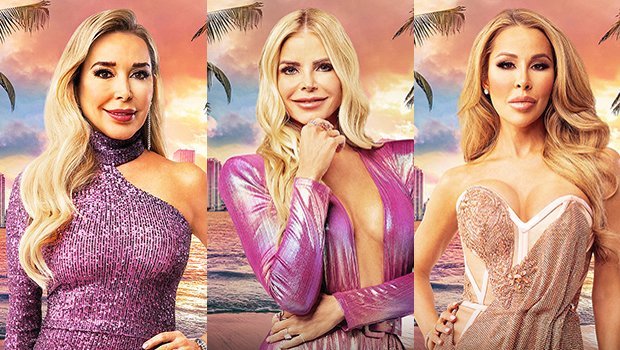 Lisa Hochstein‘s divorce is currently playing out in Season 5 of The Real Housewives of Miami, which premiered on Peacock on Dec. 8, and during recent interviews with Marysol Patton and Alexia Nepola, they told HollywoodLife EXCLUSIVELY that they were “surprised” by Lisa and Lenny‘s split.

“I was [surprised]. I didn’t see that coming. I know there are people who say, ‘Oh yeah, I saw it coming’, but I personally did not see that coming,” Marysol told us during a recent episode of the Pay Attention Puh-Lease! podcast. “I always saw [Lisa and Lenny] as people that had fun together, threw parties together — they were always out to dinner with young attractive people. They had a fun lifestyle. I didn’t think there’d be any reason for him to stray. Everything was right there, you know? They had a pretty cool lifestyle. I figured it was working for them, so I was kind of shocked that he wanted to take off and actually had a significant other.”

And Alexia feels the same way. During her own interview on the podcast, she told us, “Lisa has her story [this season] and it’s hard to watch because we love her. And when you love your friends, and see them going through these kind of things — even though it’s a normal thing — it’s tough.” She said that she was “surprised by the whole thing, and the fact that [Lenny] even wanted a divorce. Divorce is a big word, it’s a big thing, and once you say divorce, it’s not like there’s no turning back because there is, but I just couldn’t believe it. I was kind of in disbelief and really just disappointed, like how this just happened overnight.”

As fans saw in the first four episodes of Season 5, Lisa’s now-estranged husband Lenny hinted that he might have been cheating on her. During a hot mic moment in the fourth episode, Lenny tells his buddy that he’s no longer having sex with Lisa because then he’d be “cheating on who I really care about.” Obviously, we already know Lisa and Lenny end up splitting, but that doesn’t make watching the downfall of the marriage any easier.

“[Lenny] couldn’t even hide it [on the show]. They have footage, where you can’t lie to the camera. And this is how he was really feeling — just like everything about her was irritating him and he couldn’t even hide it,” Alexia told us. Lenny’s disdain for Lisa has been so obvious in the first few episodes of Season 5 that it’s hard not to feel bad for her.

“Lisa’s always really fun and positive and upbeat, and so she shows that happy fun exterior, but I’m sure she’s wounded. It’s hard. It’s going to take some time to get through all of this. It’s quite shocking”, Marysol further told us, while Alexia added, “Lisa’s doing good, and I think that she has finally accepted it. She’s strong enough and mature enough that she can handle it, and she’s going to be okay. The important thing are her kids, and she’s just figuring it out. But it gets dirty. It gets ugly. We all know that, and when money’s involved, it gets worse.”

Jenna Lyons: 5 Things To Know About One Of The Newest ‘RHONY’ Cast Members

Lenny officially filed for divorce from Lisa on May 20, 2022, after 12 years of marriage. Lenny cited “irreconcilable differences” in the filing, according to Page Six, and said that their “marriage is irretrievably broken and there is no present hope for a meaningful reconciliation.” Currently, they’re fighting in court over finances, which is why Alexia said their breakup will get “worse” as it plays out on the show.

Want more? Season 5 of The Real Housewives of Miami premiered on Peacock on Dec. 8, and new episodes will drop weekly on Thursdays. 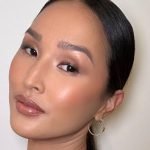 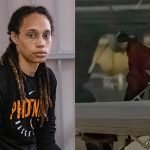