Teresa Giudice and Luis “Louie” Ruelas are officially married, a rep for the Real Housewives of New Jersey exclusively confirms to E! News.

The couple said “I do” in a picturesque ceremony on Saturday, Aug. 6 at the Park Chateau in East Brunswick, N.J. Teresa’s four daughters—Gia, 21, Gabriella, 18, Milania, 16, and Audriana, 13—were naturally involved with her special day, serving as bridesmaids, as seen in social media photos.

All of Teresa’s RHONJ co-stars were all in attendance, expect her sister-in-law Melissa Gorga, as were fellow Housewives Potomac’s Ashley Darby, Atlanta’s Phaedra Parks and Dubai’s Chanel Ayan, a source close to Teresa tells E! News.

According to the source, the lavish event—in which Bravo cameras rolled—hosted 220 invited guests and was designed by Preston Bailey and planned by Jessica Rogers.

“Teresa is on cloud nine,” the insider exclusively shared with E! News ahead of the ceremony. “She wanted a fairy tale wedding and that is exactly what she is getting. Everything is being done with such precision to make this an unforgettable evening.” 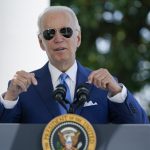 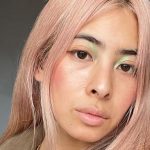