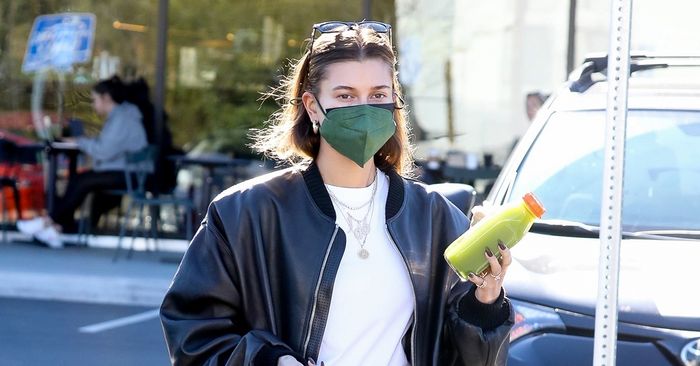 Depending on their influence, a celebrity can single-handedly spark a trend, transforming it from nothing to something overnight. When two celebrities wear something—especially ones with clout like Rihanna and Hailey Bieber—that’s a whole different ball game. So when both style icons were spotted wearing an almost identical style of jacket, we knew in an instant that it was about to become the next big thing. Their outerwear of choice? The leather bomber jacket.

Last week, Rihanna was seen entering Carbone in New York City wearing head-to-toe leather, including a pair of leather-like pants from The Attico, Celine cowboy boots, and an oversize leather bomber by Prada. Then, a few days later, Bieber was photographed in Los Angeles wearing a similar leather bomber with baggy jeans and a white T-shirt. Coincidence? We think not. In fact, both have supported the dad-inspired outerwear style on a number of occasions in the last few months, with Rihanna donning a green Dries Van Noten bomber earlier this month and Bieber styling one from Balenciaga with a crop top and jeans in late December.

See how the two top-tier dressers turned bomber jackets into 2022’s most covetable trend below. 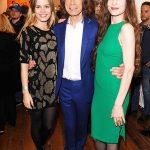