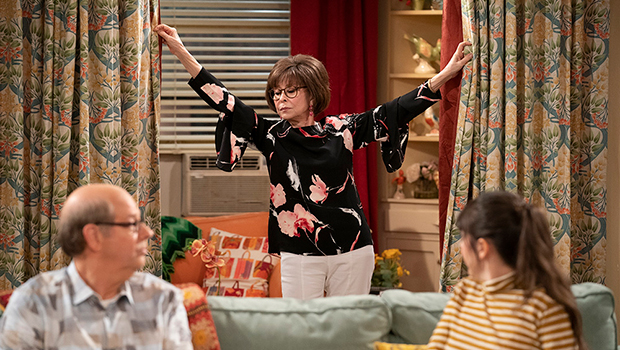 The legendary Rita Moreno returns as Lydia in ‘One Day At A Time’ season 4. HL spoke EXCLUSIVELY with Rita about what’s ahead in season 4, why she loves playing Lydia, and more.

One Day At A Time lives another day to tell more tales! Pop TV picked up the beloved series for a fourth season after Netflix canceled it. The season 4 premiere is airing March 24. HollywoodLife sat down EXCLUSIVELY Rita Moreno during a visit to the set of One Day At A Time at Sony Pictures Studios about what kind of shenanigans to expect from Lydia. She noted that the show doesn’t pick up right where it left off in season 3 but we will find out “what happened when Lydia went to Cuba.”

Rita was tight-lipped about Lydia’s adventures in Cuba but said it’s “really wonderful. She went there to bury Berto’s ashes, as you may recall. I can’t say anymore.” When we last saw Lydia in Cuba, she was also with Berkowitz. She teased Berkowitz “plays a greater part in this season, which is wonderful. He’s in most of the scenes all the time, which is great. I adore working with him.”

The iconic actress added that “Lydia’s arc is interesting” in season 4. “I can tell you for one thing that Alex is going to get a girlfriend and Penelope is going to get a boyfriend,” she said. “I am going to have a religious crisis. Now, I don’t even know what that’s about because I haven’t seen the script, but I know that’s going to happen.”

With the show’s move to Pop TV from Netflix, that means One Day At A Time will now have commercials and will have shorter episodes. “It makes the show so tight in the best way,” Rita said. “I would never have thought that because when I heard about that I thought, ‘Oh, commercials will take our time.’ But it’s tight and gorgeous. It’s beautiful in a very interesting way, which I would never have expected. That’s marvelous. I couldn’t be happier.”

The Oscar (and EGOT) winner has had so many incredible roles over the course her long and illustrious career. Playing Lydia is a role she cherishes. “She’s unbelievable,” Rita told HollywoodLife. “I love playing her vanity. It’s something, believe it or not, that I’m not. I’m a very unvain person. She thinks she’s God’s gift to men, for starters, no matter what their ages, including her grandson, for Pete’s sake. She’s outrageously sexual. I’m convinced this woman would flirt with a fence post. Her vanity is just delicious to play. I love playing her vanity, it’s so unlike me, but it’s so marvelous to play that.” One Day At A Time season 4 premieres March 24 at 9:30 p.m. on Pop TV. The show will move to 9 p.m. on April 14. 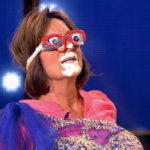 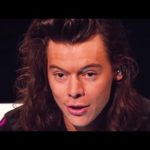