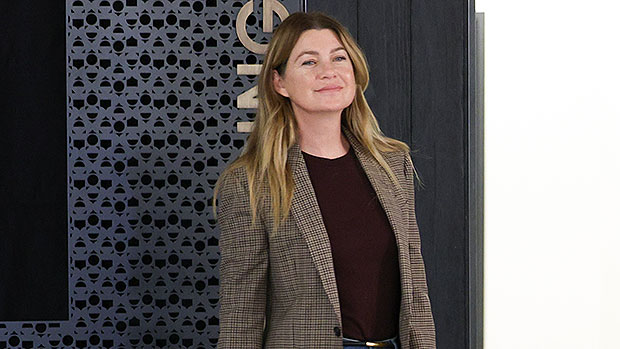 Meredith and Zola are touring new schools all the way in Boston. Zola doesn’t seem too impressed by Boston. She wants to stay in Seattle. Meredith reunites with Jackson in Boston, while Katherine and Tom are working on something secretly.

Bailey and Addison have teamed up for the day. They bond over their kids on their drive to an Eastern Washington clinic. When they drive up to the clinic, they come across an anti-abortion protest.

Despite staying with Amelia, Lucas takes the bus to work. However, he crosses paths with Amelia and Scout at the hospital. Amelia gets paged into emergency surgery, so she asks Lucas to take Scout to daycare. While in the elevator, Lucas comes face-to-face with Blue, Simone, and Mika, who all think Lucas is sleeping with Amelia.

Addison Is Left Reeling Over A Patient

After helping out at the clinic, Addison and Bailey learn of a case in Idaho where a woman has an ectopic pregnancy. There’s cardiac activity, so the doctor won’t perform the abortion. The “medical Thelma and Louise” head to Idaho.

They pick up the woman, whose name is Susan. On their way to the clinic, Susan suffers an internal rupture and begins bleeding. The van is stuck in traffic. She begs Addison to save her life so she can be there for her daughter. Unfortunately, the woman dies on the side of the road after Addison does everything she can. Addison is left devastated.

Meredith explains the whole Zola situation to Jackson. They’re going to therapy, but it’s not enough. Meredith says she stays up all night trying to figure out how to cure Alzheimer’s so that she’ll be able to help Zola. Jackson proposes Meredith try to cure the disease by coming to Boston.

Aniela Gumbs: 5 Things To Know About The 13-Year-Old Star Who Plays Zola On ‘Grey’s Anatomy’

Meredith admits that Zola has been miserable today, and she needs to focus on Zola. Jackson understands but he’s not going to give up on the idea just yet.

This secret work that Tom and Catherine are working on? It’s about her cancer. Her tumor has grown 2mm bigger, but Catherine doesn’t seem too concerned. She’s deflecting. Tom urges her to tell Richard and Tom, but Catherine refuses. Tom is well aware of the impact of keeping secrets, and he does not like doing this to Jackson and Richard. “This is my cancer. This is my choice,” Catherine says.

Scout has an accident at daycare, so Lucas has to go to the gift shop to get him an extra set of clothes because Link and Amelia are in surgery. The interns spot Lucas buying kids’ clothes, strengthening the rumor going around about Lucas and Amelia sleeping together.

Blue low-key brings it up to Amelia and even tries to give sexual favors in exchange for surgeries because he thinks Lucas is sleeping with Amelia. Lucas has to pull Amelia aside and tell her that the interns think they’re hooking up. Amelia freaks out and demands Lucas fix this.

As Susan’s body is taken away, Addison hits her breaking point. She is furious with the lawmakers for trying to control women’s bodies at the expense of women’s lives. “It’s wrong and it’s infuriating!” she screams. “Women’s lives are on the line, and our hands that are trained to help them… our hands are tied.”

Both Bailey and Addison are worried about the future when it comes to women’s healthcare. Bailey wants to prepare healthcare professionals as best they can for what may lie ahead. Addison tells Bailey that she wants to go places where people need her. Bailey brings up southern Illinois, which is at the epicenter of many states that are banning abortions.

Bailey’s thought about going out there as well, but Pru needs her at home. Bailey decides to give Addison the keys to the PRT that’s just been sitting.

Lucas still doesn’t tell the interns that he’s Amelia’s nephew. He tells Amelia that he asked her to do one thing and that was to not blow his cover at work. Lucas has just wanted to get somewhere without his family connections because he’s always been his “family’s biggest disappointment.” Amelia warns Lucas that he has 3 days to tell the interns the truth or she will.

Meredith picks up Zola at Brookline STEAM Academy, and she seems to be fitting in well there. However, Zola puts up a good front about not being too interested. At dinner, Zola says she’s worried about moving all the way out to Boston and still having panic attacks.

When Meredith reveals that Jackson offered her a job to work on a cure for Alzheimer’s, Zola perks up. She absolutely loves Brookline. “You have been and always will be extraordinary,” Meredith tells Zola. “I’m in,” Meredith texts Jackson. “We’re moving to Boston.” 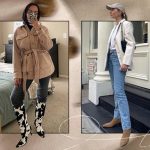 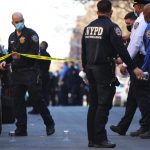