The writing might be on the wall for Darcey Silva and her fiancé Georgi.

In this exclusive sneak peek at the Feb. 28 episode of the Darcey & Stacey Tell-All on TLC, the former 90 Day Fiancé star admits that her fiancé is “sometimes not in love with me.” Darcey shares this confession after being confronted with some hard truths from her sister and co-star Stacey Silva and their father Mike.

For instance, Darcey’s father doesn’t pull any punches when asked about the couple, admitting, “Do I think he’s in love with Darcey? No.” Yikes.

He says that ulterior motives might be in play, which has been a common theme in the trials and tribulations of Darcey’s storied love life. “I think Darcey wants a relationship,” he continues. “I think Georgi wants something. I’m not sure what he wants.”

To her credit, Darcey isn’t necessarily fazed by her father’s admission, weighing in, “I feel like [Georgi]’s there to get what he needs and desires and wants.” 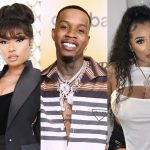 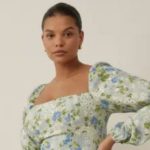