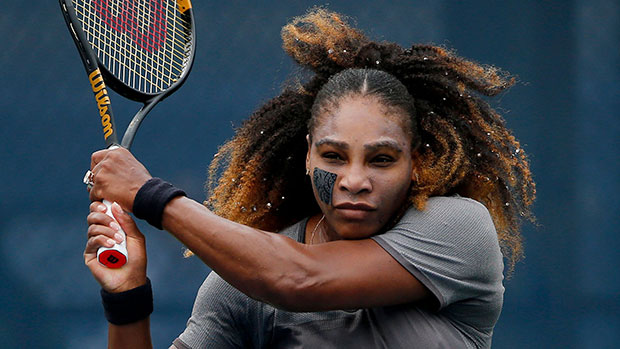 Fans at Arthur Ashe Stadium in Queens witnessed the curtain call of a lifetime following Serena Williams‘ match with Ajla Tomljanović, 29, on Friday, Sept. 2. Serena, 40, finished her match and, ultimately, her career. After speaking about life after tennis in Vogue magazine, the sports icon took her final bow after being knocked out of the US Open in the third round 7-5, 6-7 (4/7), 6-1. The tennis icon gave an emotional speech on the court after the match, shouting out her older Venus Williams. “I wouldn’t be Serena if there wasn’t Venus. She’s the only reason Serena Williams ever existed,” she said through tears to a roaring audience.

She also paid tribute to her parents, including her father Richard Williams, 80, and mom Oracene Price, 70. “I tried but Ajla was better. Thank you Daddy I know you are watching…thanks mom…It all started with my parents and they deserve everything so I am really grateful to them,” she said. “These are happy tears. Thank you Venus. It has been a fun ride.”

Serena leaves the court with a history-making career. She won 73 singles titles, 23 of which were Grand Slam wins. Add on four Olympic gold medals, 14 grand slam doubles titles (with sister Venus Williams), and two mixed-double titles, and it’s hard to argue that Serena isn’t the “Greatest of All Time.” She achieved a non-calendar-Year grand slam – winning the Australian Open, French Open, Wimbledon, and U.S. Open. In the later years of her career, Serena focused on trying Margaret Court’s total of 24 Grand Slams (achieved during a time when the Grand Slam tournaments allowed professional players to compete alongside amateurs.)

What a week. What an evening.

“There are people who say I’m not the GOAT because I didn’t pass Margaret Court’s record of 24 grand slam titles, which she achieved before the “open era” that began in 1968,” said in the September 2022 issue of Vogue. “The way I see it, I should have had 30-plus grand slams. I had my chances after coming back from giving birth [to daughter Olympia in 2017.] I went from a C-section to a second pulmonary embolism to a grand slam final. I played while breastfeeding. I played through postpartum depression. But I didn’t get there. Shoulda, woulda, coulda.”

Serena said in Vogue she was “reluctant to admit to myself or anyone else that I have to move on from playing tennis,” and that she has mixed feelings about it. Serena noted that she never “wanted to have to choose between tennis and a family,” saying that the decision weighs harder on athletes who carry pregnancies since those who don’t do not undergo “the physical labor of expanding [the] family.” She also said, “these days, if I have to choose between building my tennis résumé and building my family, I choose the latter.”

“Ashleigh Barty was number one in the world when she left the sport this March, and I believe she really felt ready to move on,” said Williams. “Caroline Wozniacki, who is one of my best friends, felt a sense of relief when she retired in 2020. Praise to these people, but I’m going to be honest. There is no happiness in this topic for me. I know it’s not the usual thing to say, but I feel a great deal of pain. It’s the hardest thing that I could ever imagine. I hate it. I hate that I have to be at this crossroads. I keep saying to myself, I wish it could be easy for me, but it’s not. I’m torn: I don’t want it to be over, but at the same time I’m ready for what’s next.”

Williams said “the essence of being Serena” was “expecting the best from myself and proving people wrong. There were so many matches I won because something made me angry or someone counted me out. That drove me. I’ve built a career on channeling anger and negativity and turning it into something good. My sister Venus once said that when someone out there says you can’t do something, it is because they can’t do it. But I did do it. And so can you.” 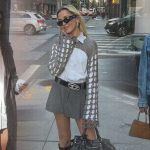