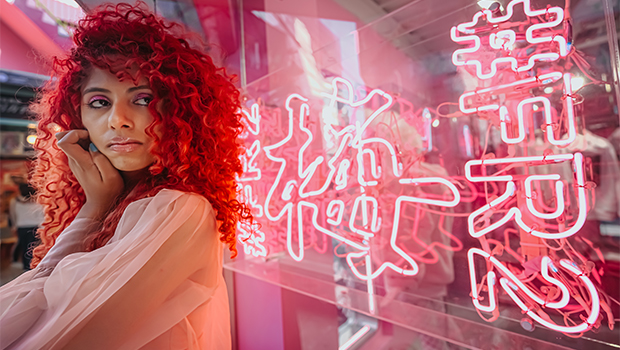 The glamorous life isn’t so glam when you’re drowning in your own self-doubt. Shenna tackles this mental health battle in her visually captivating video for ‘Blue Memories.’

Don’t get it twisted: there might be a lot of sadness behind those beautiful faces you see while scrolling through Instagram. The pressures of “perfection” and the struggles of batting your own “insecurities” take the spotlight alongside indie-pop singer Shenna in “Blue Memories,” her new music video premiering here on HollywoodLife. The visual tells the story of two Shennas – the flawless singer dazzling fans while onstage, and the Shenna smothered in her own anguish once the lights are turned off. With colored lighting straight out of a Dario Argento flick, Shenna battles depression and anxiety while a’washed in blue. The glamorous Shenna ultimately follows a trail of Polaroids to find herself, and it’s only when she accepts her “limits” that she finally finds peace.

” ‘Blue Memories’ is about the thoughts and insecurities people may have while battling self-doubt and depression,” says Shenna when discussing her video EXCLUSIVELY with HollywoodLife. “In the video, I wanted to showcase a gloomy hotel room with someone battling these thoughts by themselves even though looking very glamorous on the outside.”

The video is just as stunning as the song itself. “Blue Memories” a fearless track the depicts some nasty funk licks and an undeniable beat. Shenna’s voice shines, delivering the song’s lines with such incredible precision. “Yelling at my picture / It’s crazy cuz I miss her / Can’t be my own friend,” she sings, allowing such words to breathe and live in the spaces within the song. It’s such a powerful performance, amplified even more so when learning about what Shenna went through to get here.

“When I started, many people in the music industry wanted to sell a sexualized image of me and refined me to only slow R&B jams,” she says in a statement. “Nothing is wrong with being sexy, but being put into that role wasn’t me, and I felt forced into a box. Blue Memories is my process in expressing myself through my own voice instead of those around me.”

The future looks bright – not blue – for this Virginia native. Shenna (born Shenna Somsmieh) discovered her musical talents early on in her life, and by age 7, she was already performing in professional showcases. Success soon followed, and by 2014, she released her first EP, Dream In Color. Her single “Made Of Gold,” off of her debut album of the same name, landed over 200k streams on Spotify’s Discover Weekly playlist. Beyond music, she’s a model and influencer, partnering with brands like Reebok and more.

The conflicts of this social media life clearly influenced her new EP, 2019’s Blue Memories. With six songs about overcoming depression, Shenna aims to raise awareness about mental health and letting everyone know there’s a way to escape those “blue” moments of their own. 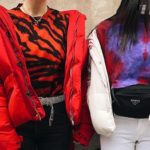