Supernatural has officially come to an end.

After 15 seasons on air, fans were given one last look at Sam (Jared Padalecki) and Dean (Jensen Ackles) during a pretty emotional series finale on Thursday, Nov. 19. If you’ve yet to catch up, be warned: spoilers run amuck.

The full, extensive recap is here. But, for the gist, know that Dean was stabbed to death while hunting down evil mimes who were stealing children. After delivering one last, very sad speech to his brother, he went to heaven and reunited with Jack (Alexander Calvert), Bobby (Jim Beaver) and Baby (1967 Chevy Impala). Eventually, Sam dies of old age and is reunited with his brother for the rest of time.

Ahead of the premiere, co-showrunner Andrew Dabb told Entertainment Weekly that he was pretty pleased with the show’s ending. “[The finale] is a little bit more of an old-school episode,” he said. “We believe it feels like a fitting end to the show. We’re happy with it and the hope is that the fans will be too.” 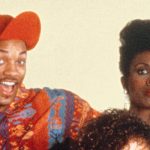