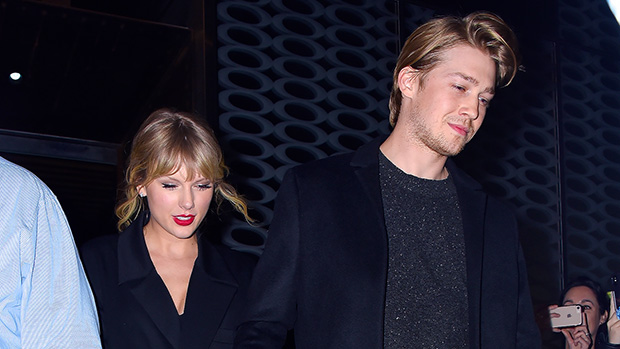 Taylor Swift’s new album, Midnights, opens with an up-beat, pop music bop called “Lavender Haze.” Even before the album came out, fans knew this song would be about Joe Alwyn based on Taylor’s description of the track. Now that the lyrics are here, though, it’s even more evident that Joe inspired the love song. “Lavender Haze” has callbacks to references that Taylor made about Joe on her 2017 album, Reputation, as she gushes over how he loved her even when she was in the darkest time of her life.

“I’ve been under scrutiny, you handle it beautifully, all this s*** is new to me,” Taylor sings in the first verse, reflecting on the early days of her relationship with Joe. At the time, Taylor was in the midst of public feuds with Kanye West and Kim Kardashian, while also making headlines for her back-to-back relationships with Calvin Harris and Tom Hiddleston. What the public didn’t know, though, is that Taylor and Joe were quietly forming a close friendship that eventually turned into a romantic relationship, which did not go public for more than 7 months after they actually got together.

In the second verse, Taylor makes references to more current times. “All they keep asking me is if I’m gonna be your bride,” she sings. “The only kind of girl they see is one night or a wife.” Taylor and Joe have been dating for more than six years, and the subject of a potential engagement has been a discussion in the media and amongst fans for quite some time now. However, this is the first time that Taylor has actually acknowledged the speculation about her future with the actor.

The verse continues, “I find it dizzying, they’re bringing up my history, but you weren’t even listening,” which is another nod to Joe ignoring what other people have said about Taylor. She made similar references in songs like “Delicate” and “Call It What You Want.”

Before releasing Midnights, Taylor gave some behind-the-song insight into some of the tracks, including “Lavender Haze,” on Instagram. She explained that it was a term that she heard while watching Mad Men, which she looked up and then made into a song. “It’s a common phrase used in the 50s where they would just describe being in love,” Taylor revealed. “If you were in the lavender haze, that meant you were in the all-encompassing love glow, and I thought that was really beautiful. I guess, theoretically, when you’re in the lavender haze, you’ll do anything to stay there and not let people bring you down off that cloud.”

Meanwhile, “Lavender Haze” isn’t the only song inspired by Joe on Midnights. The album’s final track, “Mastermind,” is also about the pair’s relationship. On Taylor’s 2019 song “Paper Rings,” she sang, “I hate accidents, except when we went from friends to this.” Three years later, though, she’s admitting that it wasn’t an “accident” at all — because she “masterminded” the whole thing.

Taylor Swift’s ‘Midnights’: All 13 Track Names & Everything Else We Know

“What if I told you none of it was accidental,” Taylor sings on “Mastermind.” “And the first night that you saw me, nothing was gonna stop me. I laid the ground work and then just like clockwork the dominoes cascaded in a line. What if I told you I’m a mastermind? And now you’re mine. It was all by design.” At the end of the song, Taylor sings about confessing to Joe that she was going to stop at nothing to make sure they ended up together. While she was worried about how he’d react, it turns out that he was aware the entire time, and his only reaction was a smile.

Meanwhile, Joe actually co-wrote one song on the album, “Sweet Nothing,” which is a slower love song. The main lyric in the chorus says, “All you ever wanted from me was sweet nothing,” which is another reference to the fact that Joe always loved her for her. 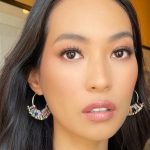 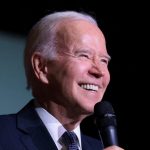