#Roommates, the Hollywood reboot train continues to bring old films and TV shows back to life—and fan-favorite mid-2000s sitcom “The Game” is up next. It has just been announced that a reboot of “The Game” is officially moving forward at new streaming service Paramount+, with original series stars Wendy Raquel Robinson and Hosea Chanchez returning to reprise their roles.

If you have missed “The Game” on your TV screens, you’re in luck with this latest bit of news about the series finally returning. @Deadline reports, Paramount+ is ready to give you more episodes of the CW (and later BET) series “The Game”—and two of the members of the original cast are set to return. Wendy Raquel Robinson and Hosea Chanchez, known to fans of the series as “Tasha Mack” and “Malik Wright,” are confirmed to return to the reboot of the series, which has already received a 10-episode order.

Additionally, it’s also said the several other members of the original cast will make special appearances, although they have yet to be identified. In the reboot of “The Game,” the series will ditch its San Diego location and instead move to Las Vegas, with new football players and providing a fresh, modern take on the examination of Black culture through the eyes of professional football. The series is set to tackle serious issues such as racism, sexism, classism and more as the players strive for fame, fortune and respect—while navigating their often complex love lives.

If you’ve been keeping up, then you know that within the last few years there have been multiple attempts to reboot “The Game” and they all proved to be unsuccessful…until now. “The Game” originally aired for three seasons on the CW before it was cancelled in 2009, it was picked up two years later on BET where it aired for an additional six seasons.

Series creator Mara Brock Akil will return as executive producer, along with her husband Salim Akil and showrunner/writer Devon Gregory. 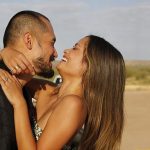