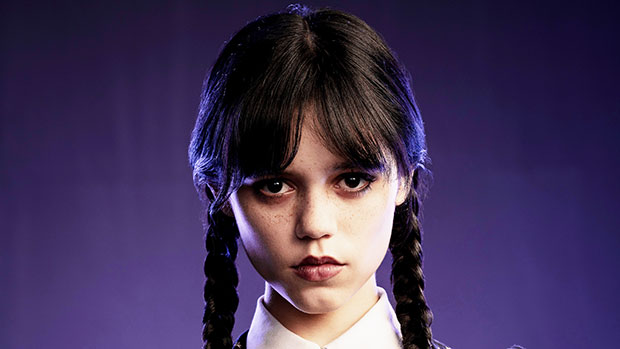 Netflix has an abundance of films, shows, and documentaries coming out in 2022. One of the streamer’s upcoming projects is Wednesday, a horror series that is based on Wednesday Addams, a character from the iconic Addams Family. Wednesday, like the rest of her frightening family members, was created by cartoonist Charles Addams for illustrations in The New Yorker, starting in the 1930s. The Addams Family has been adapted over the years into countless media projects, including the ’90s film franchise that featured Christina Ricci as Wednesday. For the 2019 animated film, and its sequel, Wednesday was voiced by Chloë Grace Moretz. Christina has been confirmed to star in Wednesday.

While there has been so many depictions of The Addams Family, none have ever focused solely on Wednesday. That is, until now. HollywodLife has all the latest updates about Netflix’s Wednesday, including its release date, cast, and more.

The first official teaser trailer for Wednesday dropped on June 6 during Netflix’s Geeked Week. The trailer and a newly-released photo gave fans a first look at Jenna Ortega as the titular character. Jenna embodies Wednesday with her signature braided pigtails and black polka dot dress with a white collar. Thing also makes a quick appearance on Wednesday’s left shoulder.

The official Wednesday synopsis reads: “Wednesday is a sleuthing, supernaturally infused mystery charting 16-year-old Wednesday Addams’ years as a student at Nevermore Academy. Season one will follow Wednesday as she attempts to master her emerging psychic ability, thwart a monstrous killing spree that has terrorized the local town, and solve the murder mystery that embroiled her parents 25 years ago — all while navigating her new and very tangled relationships at Nevermore.”

Netflix has confirmed that Wednesday will be premiering in 2022. However, the exact month and day has yet to be announced. The first season will consist of eight episodes that will likely debut all on the same day. Wednesday will be available to stream only on Netflix.

‘The Santa Clause’ TV Series: Everything We Know

Wednesday will feature a very talented cast. Jenna Ortega, known for her roles in You, Yes Day, Scream, and The Fallout, will star as Wednesday. Jenna, 19, shared the news of her casting on Instagram in May 2021. “New chapter. Hope I can do Wednesday Addams justice. *snaps twice*,” she wrote, alongside a photo of her holding a script for the show. Netflix has since confirmed the rest of the Wednesday cast, and it’s a doozy.

Catherine Zeta-Jones will play Wednesday’s mother, Morticia Addams. Luis Guzman has been cast as Wednesday’s father, Gomez Addams, though only in a guest star role. Wednesday’s brother, Pugsley Addams, will be played by Isaac Ordonez. The main cast also includes Game of Thrones alum Gwendoline Christie as Larissa Weems, Ricki Lindhome as Dr. Valerie Kinbott, Jamie McShane as Sheriff Donovan Galpin, Hunter Doohan as Tyler Galpin, Georgie Farmer as Ajax Petropolus, Moosa Mostafa as Euge Otinger, Emma Myers as Enid Sinclair, Naomi J. Ogawa as Yoko Tanka, Joy Sunday as Bianca Barclay, Percy Hynes White as Xavier Thorpe, and Victor Dorobantu as Thing. Thora Birch (Hocus Pocus) was previously cast as Tamara Novak, Wednesday’s dorm mother, but she had to exit the series in Dec. 2021. “Thora has returned to the States to attend to a personal matter and will not be returning to the production,” a rep for MGM Television, which is producing the show, told Deadline in a statement.

In March 2022, it was officially confirmed that Christina Ricci would return to The Addams Family franchise and appear in Wednesday. Christina’s role remains a mystery, although Deadline reported that she’ll play a new character and not an older version of Wednesday.

Wednesday was initially announced in October 2020, as an unnamed The Addams Family project under Tim Burton. After the showrunners and executive producers came onboard, Netflix officially gave the project a series order of eight episodes in February 2021. Filming began that September in Bucharest, Romania. It’s expected to wrap in February 2022.

Netflix hasn’t shared much about Wednesday plot details. The series has been described as a “coming-of-age comedy” with “a sleuthing, supernaturally infused mystery” focusing on Wednesday during her high school years at Nevermore Academy, according to Deadline. The show’s official longline, previously released by Netflix, reads, “Wednesday’s attempts to master her emerging psychic ability, thwart a monstrous killing spree that has terrorized the local town, and solve the supernatural mystery that embroiled her parents 25 years ago — all while navigating her new and very tangled relationships at Nevermore.” 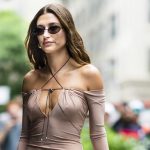 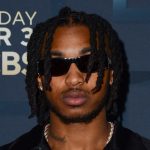