Todd and Julie Chrisley have learned their fate.

After nearly three weeks of testimony from prosecutors and witnesses, an Atlanta federal jury found the reality stars guilty of tax evasion and bank fraud, according to the U.S. attorney’s office in Atlanta, per the Associated Press.

The Chrisley Knows Best stars were federally indicted in Aug. 2019 on 12 counts, including wire fraud, conspiracy to commit bank fraud and conspiracy to defraud the United States, according to a court document obtained by NBC News.

The pair pleaded not guilty to the charges, but were found guilty on all counts on June 7, according to the AP.

The couple faces up to 30 years behind bars, according to Insider. They will be sentenced at a later time.

Following the indictment, Todd shared a message denying any wrongdoing. “We have nothing to hide and have done nothing to be ashamed of,” he wrote on Instagram, alongside a picture of his family. “Not only do we know we’ve done nothing wrong, but we’ve got a ton of hard evidence and a bunch of corroborating witnesses that proves it.” 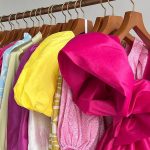