Dee is ripped apart for not taking advantage of a game-changing new twist on the April 8 episode of ‘The Challenge.’ Plus, her relationship with Rogan is threatened by a hot new rookie.

On the April 8 episode of The Challenge: Total Madness, rookie player, Jenn, from The Amazing Race, is spending some quality time with Rogan — and his ex from last season, Dee, is NOT here for it. Dee wants to do everything in her power to get Jenn out of the game, and after getting put on a strong team during this week’s challenge, she’ll get her wish. This week’s challenge has the players split into teams of three. They have to transfer several large military crates from one platform to the next, which are a mile apart. The top three teams then move onto the next round.

The three teams to finish first are Jordan/Wes/Jenny, Swaggy C/Dee/Cory and Fessy/Melissa/Kyle. Each team takes a turn in a helicopter, and from the sky, they have to drop their crates onto targets below. Whichever team hits the most targets out of nine in total….wins! Jordan, Wes and Jenny struggle through the challenge, while Swaggy, Dee and Cory absolutely dominate. They get all nine targets, which means they win the challenge and form the tribunal.

As a rookie and the perceived ‘weakest’ player, Jenn is nearly unanimously voted into elimination by the players who aren’t in the tribunal. Then, Dee, Cory and Swaggy have to nominate three other potential players to go against her. This season, you can’t make the final without winning an elimination round, so some of the girls (Tori, Jenny, and Big T) are itching at the chance to go in right away against a weaker player. All three are nominated for possible elimination.

Dee finds herself in a tough position, as she has friendships with both Tori and Jenny. She promises Jenny that she’ll let her go into this elimination. But, when Tori, who wants Dee to put her in, catches wind of that, she delivers some threats — after all, Tori and her fiance, Jordan, did help Dee win the final last season.

At the elimination, TJ Lavin reveals a second twist in the game: The members of the tribunal can opt to go into the elimination themselves, rather than voting in one of their fellow players. Since Dee is the only female in this week’s tribunal, she’s the only one who has this option. Dee has been feuding with Jenn all episode long AND made it clear that she thinks Jenn is a weak player, so it’s pretty much a no-brainer that Dee will use this opportunity to go in and guarantee that she can run the final if she makes it there.

However, Dee decides to sit this one out, and she votes Jenny into elimination instead. Cory and Swaggy C follow suit, and Jenny demolishes Jenn quickly in the elimination. Now Jenny, along with last week’s winner, Jay, will be allowed to run the final if she makes it to the end of the game. We’ll have to see how this affects Dee’s game next week! 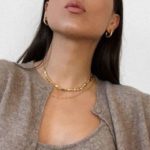 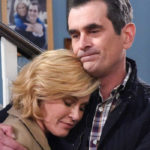