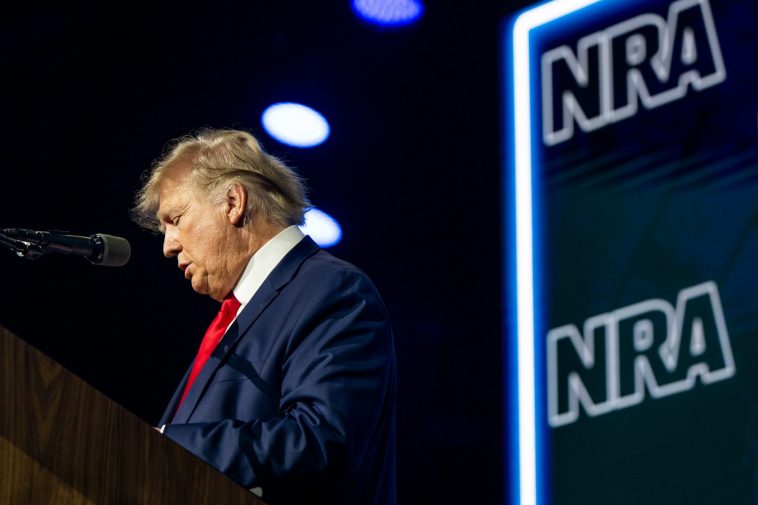 Donald Trump and other Republicans spoke out against gun reforms during the National Rifle Association’s annual convention on Friday. Instead, Trump called for “a top-to-bottom security overhaul at schools across this country” in addition to “drastically” changing the U.S. approach to mental health.

“While we don’t yet know enough about this week’s killing, we know there are many things we must do,” he said. “We need to drastically change our approach to mental health. There are always so many warning signs. Almost all of these disfigured minds share the same profile.”

The former President recommended: Schools with a single entryway, with armed guards stationed there, and exit-only fire escapes. He also said some teachers should be allowed to carry firearms. “The only way to stop a bad guy with a gun is a good guy with a gun,” he rallied.

Trump also took time to read the names of the 19 children and two teachers who were killed in Uvalde. A moment that many are discussing on social media after the former President struggled to pronounce quite a few of their names.

The shooting at Robb Elementary School on Tuesday was a “savage and barbaric atrocity that shocks the conscience of every single American,” Trump said, and the shooter, who died at the scene, “is pure evil, pure cruelty, pure hatred, absolute pure hatred.”

He ended his speech with a “dance” something he is facing a significant amount of criticism for. Many viewed the moment as distasteful and disrespectful to the deceased victims.

Actor Rob Reiner tweeted, “Trump read the names of the 19 children that were slaughtered in their school, then did a little dance. This sick treasonous f**k was once President of the United States. In the names of those children, NEVER AGAIN!”

Trump read the names of the 19 children that were slaughtered in their school, then did a little dance. This sick treasonous fuck was once President of the United States. In the names of those children, NEVER AGAIN! 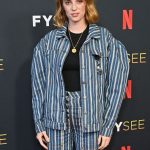