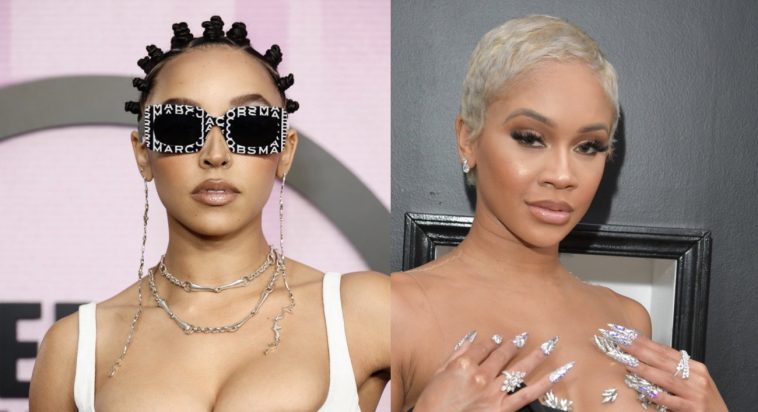 Some recent photos of Saweetie have led Twitter users to allege that she may be taking inspiration from Tinashe.

Saweetie Serves Up Some Tinashe Vibes

It all began when the “ICY GRL” rapper uploaded an array of photos to promote her EP, THE SINGLE LIFE.

it’s the crack fa me 🤭 pic.twitter.com/JpOqKS5EXH

While Saweetie’s uploads did what they were supposed to do, they also inadvertently sparked a conversation around how the aesthetic was similar to the cover art for Tinashe’s Songs for You album.

Some proclaimed that Saweetie was clearly in her “Tinashe era.”

Tinashe really changed the world like its crazy. https://t.co/J1yoyn2hDH

Fans also pointed out that, in addition to Saweetie, other poppin’ artists like Ice Spice and Chlöe Bailey also appeared to draw inspiration from the “2 On” singer. In fact, one user went as far as to give Tinashe her flowers by dubbing her “the blueprint.”

Tinashe’s album cover from 2019 (Songs For You) then this year Ice Spice and Saweetie, exact same concept pic.twitter.com/FpLsvAjKcL

However, others humorously attributed the trend to other trailblazers.

Not it’s really Kim’s influence and not Tinashe’s 😭 https://t.co/mPVb1tVpVJ

You bitches talking bout Tinashe’s “influence” but let’s not forget who influenced HER ! pic.twitter.com/QASxlc4G1V

Finally, there were others who completely disregarded the comparisons and simply expressed that they’d to see the artists collaborate.

I could totally hear tinashe featured on https://t.co/ePOq5HYbwc. @Saweetie 😭 #THESINGLELIFE

Tinashe And Saweetie Are Booked And Busy

Whether you believe Saweetie’s channeling her inner Tinashe or curating her own vibe, one thing’s clear: she’s on her grind!

Saweetie also says that she’s focusing on her growth at the moment.

I appreciate the love and support while I was focusing on my growth as a human, woman and artist🙏🏽🙏🏽🙏🏽 . Thank you for always believing in me through the highs and lows !!! 💗💗💗 @warnerrecords ❄️

As for Tinashe, she just recently celebrated the 3-year anniversary of Songs for You, the project that people believe inspired Saweetie’s recent photoshoot.

3 years of SONGS FOR YOU 🤍 pic.twitter.com/owHH1CJD55

Tinashe also recently caused a stir within the online K-pop (Korean pop) community, as she revealed that she “would love” to collaborate with NCT 127, a popular group within the genre.

.@Tinashe bonds with @Kenzie over their love of dance, says she would love to collab with NCT 127 and more at the 2022 #AMAs. pic.twitter.com/usos6ZroLY

Tinashe’s influence on kpop is crazy. The fact that she wants to collab with 127 🥹

What are your thoughts on the comparisons between Tinashe and Saweetie? Also, would you like to see them link up in the future to collaborate on a project? 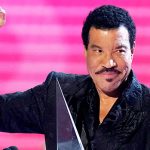 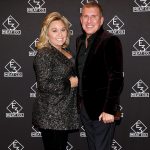