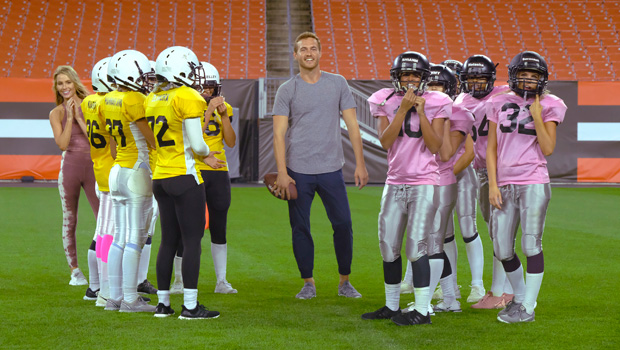 There was no shortage of drama on the Jan. 27 episode of ‘The Bachelor,’ as Alayah came back to fight for Peter after being eliminated…and the other ladies were NOT happy.

The Jan. 27 episode of The Bachelor begins with the ladies traveling to Ohio for the next set of dates. Victoria F. gets the first one-on-one date with Peter Weber, and it starts with him taking her for a romantic plane ride. They end up at an amusement park and have a blast riding the rides. Everything’s going great….until they arrive at a private concert from Chase Rice in the park. It turns out that Chase is Victoria’s ex, and she is absolutely shaken when she sees him onstage. AWKWARD!

After the show, Peter and Chase have a friendly chat backstage, but Peter is completely oblivious to how uncomfortable Victoria is. Victoria and Chase have a totally awkward confrontation, too, and he urges her to do whatever’s best for her. Afterward, Victoria freaks out over whether or not she should tell Peter about her past with Chase — she doesn’t want to lie to him, but she also doesn’t want to ruin the amazing day they had. The frustration over the situation brings her to tears.

During the nighttime portion on the date, Victoria tells Peter that she used to date Chase, and he’s completely caught off-guard. She assures Peter that she doesn’t still have feelings for Chase, and becomes so overwhelmed, that she has to step away from the dinner in tears. Peter lets Victoria know that he’s grateful that she was honest with him, even though she knew it was going to be a difficult conversation. He promises her that honesty is more important to him than anything, and proves it by giving her the rose at the end of the night.

Next up is a 13 person group date for Hannah Ann, Madison, Deandra, Kelley, Kiarra, Lexi, Mykenna, Natasha, Savannah, Shiann, Sydney, Tammy and Victoria P. They partake in an intense flag football game, but Victoria P. sits out because her back is bothering her. Since the game ends in a tie, all 13 girls get to go on the nighttime portion of the date, which has them fighting for one-on-one time more than ever.

Victoria P. is first to get some alone time, and Peter is admittedly falling for her. He even says he could see a future with her, and admits that he didn’t expect things to move so fast between them. As the rest of the girls begin to worry about not getting time with Peter, they’re thrown for another MAJOR loop — Alayah is back! Peter eliminated Alayah during the Jan. 20 episode, after multiple girls expressed concerns that she wasn’t there for the right reasons.

Now, Alayah wants another chance to prove herself to Peter, and she interrupts the date to get that opportunity. She accuses the other girls of manipulating Peter to feel a certain way about her. Peter brings up Victoria P.,and how she claimed the two weren’t friends before the show, even though they both competed in Miss USA together. Alayah insists that Victoria was not telling Peter the truth about the friendship, and Peter confronts Victoria about it.

Victoria is clearly caught off-guard with this new confrontation, but she insists that she’s been honest with Peter the entire time. The conversation brings her to tears, and Peter is left more confused than ever about who to believe. Eventually, he brings both girls together to talk. Alayah is upset that Victoria — who knows her outside of the show — told Peter that she can’t be trusted, which is ultimately what got her sent home. Victoria and Alayah continue to tell different stories about what the status of their friendship really is, and Peter starts to doubt Victoria for the first time.

In the end, Peter comes to the conclusion that he actually may have been wrongfully influenced by the other women when it came to his opinion on Alayah. He admits to her that he made a mistake, and asks her to come back on the show, which she agrees to. To further prove that he’s completely invested in the relationship, Peter also gives Alayah the group date rose, which totally pisses off the other women.

Finally, it’s time for Kelsey’s one-on-one date. She and Peter explore Cleveland together, and things go extremely well. During the nighttime portion of the date, Kelsey opens up about her parents’ divorce, and how she was out of touch with her dad for 12 years afterward. She’s brought to tears while discussing the situation, and Peter finds that they’ve connected on a deeper level after the deep conversation. He gives her the rose at the end of the night.

It’s not the end of the drama, though. Now that Alayah is back in the group, she’s stirring the pot once again. She tells some of the other girls about Chase and Victoria F.’s past relationship, which she read about online after her elimination. Victoria hadn’t shared this fun fact with the other women yet, and she’s pissed that Alayah took it upon herself to do so.

So, of course, Victoria confronts Alayah about the situation, and calls her out as manipulative and fake. Victoria threatens to tell Peter some “choice words” about Alayah, and she storms out of the conversation, making it clear that she wants nothing to do with her. Basically all of the girls are pissed that Alayah is back and causing so much drama in the house, which is taking the attention off of their individual relationships with Peter.

At the cocktail party, various girls who were on the group date call Peter out in front of everyone for ignoring them on the group date, just to take Alayah back. He apologizes, and then pulls Victoria P. aside to talk. Victoria makes it clear that she’s beyond frustrated with Peter for not trusting her in the situation with Alayah. She continues to insist that Alayah is being manipulative, and urges Peter to talk to Victoria F. for more proof.

Victoria tells Peter that Alayah has been gossiping with the other girls about her relationship with Chase, and once again, Peter is super confused. Several of the girls tell Peter how pissed they are about the lack of one-on-one time they’ve gotten with him due to the attention being on Alayah. Peter does not know what to do, and we won’t see how it plays out until the drama continues during next week’s episode! 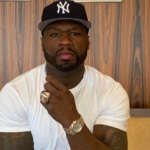