These boys love the spotlight almost as much as North West.

During a recent Instagram Live session, Kim Kardashian attempted to get her youngest son Psalm West to greet her 319 million followers, but got savagely interrupted. As the 3-year-old sweetly said “hi” to the camera, his big brother Saint West climbed up from behind the back seat in the car, stuck out his tongue and yelled out, “Hi weirdos, if you’re watching this I hate you.”

Shocked, the 41-year-old mom attempted to shut down the 7-year-old’s back talking, telling him he was a bad influence on the little one. “Hey stop it,” she said. “Look what you are teaching him.”

Saint then hilariously tried to smooth things over, hugging Psalm and telling the camera repeatedly, “This is a good boy.”

Kim shares Saint and Psalm—along with daughters North, 9, and Chicago West, 4—with ex Kanye West. The SKIMS founder filed for divorce from the “Flashing Lights” rapper in February 2021 after nearly seven years of marriage and the two continue to co-parent their four kids. 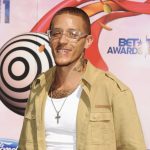 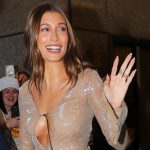