Wendy Williams has been spilling all types of tea ahead of her biopic’s premiere later this month on Lifetime and the latest pot is about her.

Amid ongoing drama with her brother–in which she addressed him on air during her show after he accused her of skipping out on their mother’s funeral–Wendy decided to pour up a double cup of tea on her life when speaking with Entertainment Tonight Canada.

She touched on his infamous affair (among others) and admitted she denied it publicly even though she had hired a private investigator to look into his infidelity. She filed for divorce in 2019 after his mistress became pregnant with his child.

While the former couple seems to be on better terms, when asked if Wendy has met his love child, Wendy threw a little shade toward Kevin’s newest child.

“The baby? No! Why would I want to meet her? I don’t know her,” Wendy said of Kevin’s daughter. “And I don’t want to know her.”

She took things a step further by suggesting Kevin was at home with her the night his mistress gave birth.

“She’ll want to meet me first, though,” Wendy said of the baby. “‘Do you know where your father was the night that your mother was giving birth? He was with that lady on TV, Ms. Wendy,’ ‘cause he was with me.”

But Wendy doesn’t appear to be as upset when talking about Kevin. She told the ET Canada correspondent she had no regrets about professing her love to Kevin and essentially forgives him.

You can watch what Wendy had to say below: 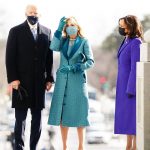 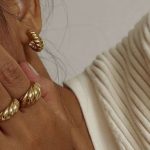