Stiller, who produces and directed six episodes of Apple TV+’s Severance, exclusively told Live From E! at the 2022 Emmys that he’s content sticking behind the camera.

“I don’t know, I love directing it,” he said on the Sept. 12 red carpet. “I don’t want to mess with anything. We have an incredible cast, so right now I’m very happy.”

Severance garnered an impressive 14 Emmy nominations for its freshman season, including a nomination for Stiller for directing the episode “The Way We Are.”

The series also earned acting nominations for its stars Adam Scott, Christopher Walken and John Turturro. While Stiller isn’t eager to join them in front of the camera, his 20-year-old daughter Ella Stiller, who walked the red carpet with her father, actually might.

When asked if Ella could join the Severance cast in the future, Ben answered, “Definitely.” 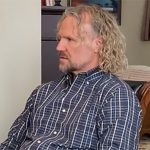 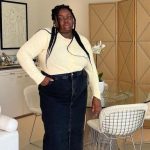