Roommates, it’s been on a year since the incident involving Tory Lanez and Megan Thee Stallion went down, and new details are starting to emerge about what really happened on that evening!

According to TMZ, an independent witness at the scene of the incident allegedly told police they saw Megan and her friend, Kelsey, fighting before Meg was shot in the feet. The timeline of events, as well as Kelsey’s involvement in the shooting, have been murky since Megan stated that Tory shot her, but Tory’s legal team believes this piece of evidence can help his case.

In a formal statement, Tory’s attorney Shawn Holley said there was gun residue found on Kelsey’s hands, and Megan correlated the witnesses account of their argument.

“Today is court it was revealed that an independent witness reported to the LAPD that he observed a fight break out between the two woman in the car, just prior to the shooting,” Holly said in a statement. “Megan herself corroborated this account, telling officers shortly after the incident that the argument was between her and the other female passenger in the car.”

“The independent witness also told officers that the muzzle flash was closest to the other female, which is corroborated by the gunshot residue found on the other female’s hands.” the statement continued.

As we previously reported, Tory appeared before a judge on Tuesday and heard the testimony of Detective Ryan Stogner, who interviewed Megan after the incident. He recalled Tory allegedly screamed, “Dance, b*tch!” before shooting her.

Tory has been ordered back to court on January 13th.

“We look forward to the opportunity to cross examine [Megan] at trial about the numerous inconsistencies in her story,” Shawn Holley stated. 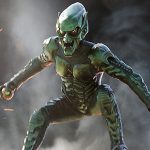 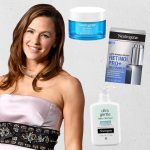