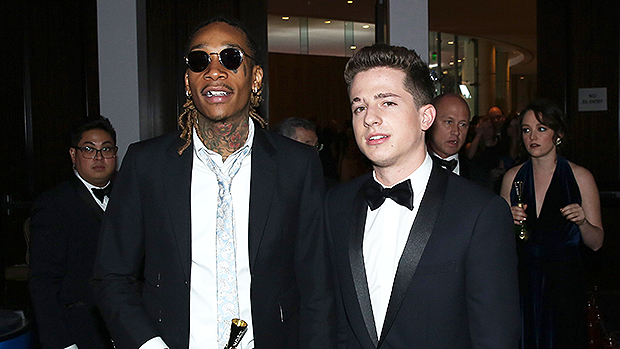 Wiz Khalifa and Charlie Puth performed their farewell ballad ‘See You Again’ in tribute to Kobe Bryant during the Lakers game’s halftime.

After a moving tribute to the late Kobe Bryant at the start of the first Los Angles Lakers game since his death, he was remembered again at halftime. Wiz Khalifa and Charlie Puth performed their duet “See You Again” in Kobe’s honor. The 41-year-old Lakers legend was killed in a helicopter crash on Jan. 26. With lyrics such as, “It’s been a long day without you my friend, and I’ll tell you all about it when I see you again,” it seemed like the perfect choice on a night filled with a combination of tears and celebration.

Wiz and Charlie collaborated on the 2015 song for the film Furious 7, in memory of the late franchise’s star Paul Walker. He was killed in a Nov. 2013 car accident before the film finished shooting. It’s now a ballad that can be used when anyone is lost and needs to be mourned. The performance had fans inside LA’s Staples Center in tears, after already being put through the emotional ringer during a pre-game tribute to Kobe.

The night was all about Mamba from the very beginning. Even before the game began, Kobe’s number 24 Lakers jersey and and his 13-year-old daughter Gianna’s AAU Team Mamba black jersey were draped over the court side seats they sat in during the last Lakers game they attended on Dec. 29, 2019. They both perished in the chopper crash that also killed seven others. Kobe coached Gianna’s AAU basketball team and they had a close bond over their shared a love of the sport.

When the Lakers were introduced, they all came out in one of Kobe’s two retired jersey numbers, 8 and 24. They were announced as Kobe, from Lower Merion High School in Pennsylvania, since Kobe came to the NBA straight from high school. Usher then performed a moving rendition of “Amazing Grace,” which reduced Lakers stars LeBron James, 35, and Anthony Davis, 26, to tears.

Bron later gave a moving speech about Kobe, and asked that the night be a “celebration of the 20 years of the blood, the sweat, the tears, the broken down body and the countless hours…and determination to be as great as he could be.” He concluded by saying Kobe’s last words from his 2016 retirement night, “Mamba out,” but added, “In the words of us ‘not forgotten.’ Live on brother.” 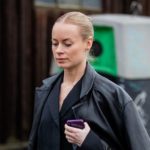 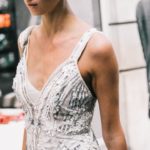