“Customs officers found drugs [among] the two-time Olympic basketball champion in the US team,” the message reads in Russian. “In February 2022, an athlete who flew to Moscow from New York went through the green corridor. The service dog of the Sheremetyevo Customs indicated that drugs may be in the carry-on luggage of a US citizen. After scanning the bag, the customs officers noticed vapes. The experts found that the cartridges for them contain liquid with hash oil.”

The message continued, “A criminal case was initiated against a US citizen…[for] smuggling of narcotic drugs in a significant amount. The punishment under this article is imprisonment for a term of 5 to 10 years. With regard to the American, a measure of restraint in the form of detention was chosen. Investigations are underway.”

The Phoenix Mercury commented on the matter in a statement to E! News, which read, “We are aware of and are closely monitoring the situation with Brittney Griner in Russia. We remain in constant contact with her family, her representation, the WNBA and NBA. We love and support Brittney and at this time our main concern is her safety, physical and mental health, and her safe return home.”

In a tweet, USA Basketball said it is “aware of and closely monitoring the legal situation facing Brittney Griner in Russia,” adding, “Brittney has always handled herself with the utmost professionalism during her long tenure with USA Basketball and her safety and wellbeing are our primary concerns.”

News of Griner’s arrest comes a week after Russia began its invasion of Ukraine, which has escalated tensions between Moscow and the United States. 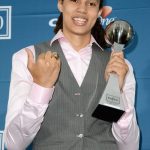 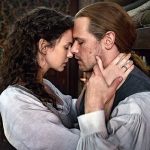