Roommates, although NBA YoungBoy may be currently behind bars and the mother of his youngest child, Yaya Mayweather, is pledging her undying love for him on social media—the mothers of the pair recently linked up at the club. NBA YoungBoy’s mom Sherhonda, and Yaya Mayweather’s mom, Melissia, bonded over their shared grandma duties, as the two were living their best lives at a local nightclub.

Yaya Mayweather and NBA YoungBoy may not be together currently, despite having a brand new baby boy, but that doesn’t mean that little Kentrell Jr. doesn’t have the shared love and support of his two grandmothers.

During a club appearance with Yaya, her mother Melissia Brim and NBA YoungBoy’s mom Sherhonda Gaulden, were all smiles as they were just as lit while out at the club as Yaya was. Many fans assumed that the two ladies may have had a little beef, given the complicated relationship between their two children—but that doesn’t seem to be the case.

As we previously reported, NBA YoungBoy was handed some less than positive news earlier this month regarding his current jail stint. A Louisiana judge ruled that his $540,000 bond was revoked and that he must remain in jail until his next trial date. The decision was made due to YoungBoy’s criminal history and high possibility of being a flight risk.

As of now, the date of his next court appearance has not been announced. 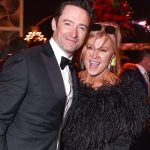 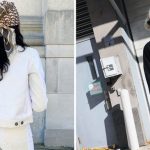