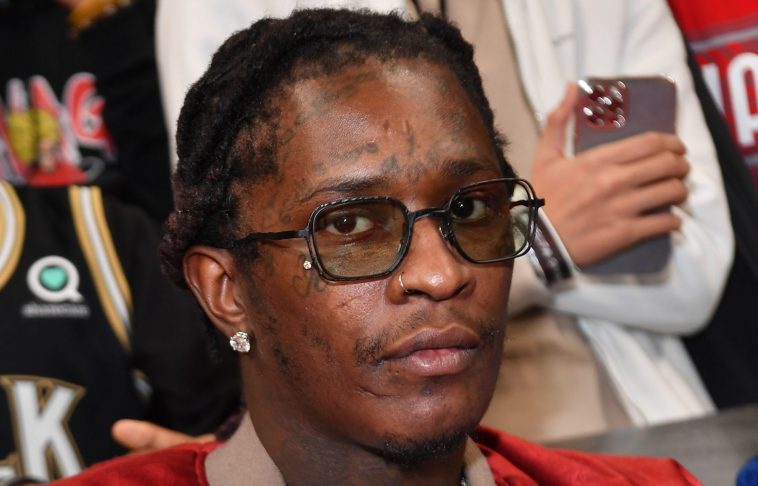 Three incidents of contraband allegedly brought into the courthouse are causing delays in the jury selection process in the trial against Atlanta rapper Young Thug and more than a dozen other defendants.

AJC reported on Tuesday a defendant’s mother was arrested after allegedly bringing “tobacco products” to her son in a bag of clothes, according to her arrest warrant. On Wednesday, another defendant was taken to Grady Memorial Hospital following a separate instance of contraband being brought into court for a third consecutive day of court proceedings.

Fulton County prosecutors also allege that one of Young Thug’s co-defendants handed him a prescription painkiller, known as Percocet, in open court Wednesday — and that they have the surveillance footage to prove it. WSBTV obtained footage from the alleged interaction.

All three incidents have reportedly caused the jury selection process to be delayed.

Last week, Fulton County Chief Judge Ural Glanville said an unidentified person brought clothing to one of the defendants with marijuana hidden in the shoes.

“At a security checkpoint, some particular individual attempted to bring clothes for one of your clients,” Glanville told defense attorneys. ”There was contraband found.”

The Fulton County Sheriff’s Office, which handles courthouse security, said that court services deputies and staff members intercepted the clothing before the defendant received it. According to the sheriff’s office, no arrests were made in the incident.

Only defense attorneys are allowed to bring in clothing for defendants to wear. However, since jury selection, defendants have been wearing suits and dress shirts to court.

On Tuesday, Glanville again notified defense attorneys after someone allegedly tried to smuggle contraband to one of the defendants inside clothing. Glanville declined to say which defendant was involved at the time but confirmed an arrest had been made and an investigation was underway.

According to the affidavit Channel 2 Action News obtained, attorney Doug Weinstein, who represents Deamonte Kendrick, told deputies he received a bag containing clothes from his client’s mother. Weinstein also told deputies he received a text message from the mother of Kendrick’s child stating she had placed a sealed envelope inside of the bag. Kendrick is an Atlanta rapper who performs using the stage name Yak Gotti and is charged with multiple counts, including murder.

According to the warrant, Weinstein reportedly handed the bag to Fulton County deputies, who searched the bag and found a white envelope with tobacco wrapping paper and tobacco products. Kendrick’s mother was arrested on the eighth floor of the courthouse, charged with one count of criminal attempt to commit a misdemeanor, and released Wednesday on a $1,500 bond.

According to the affidavit, Kendrick’s mother told deputies she didn’t know what was inside the bag and handed it to Weinstein. A warrant was also issued against the mother of Kendrick’s child for a criminal attempt with the intent to commit a specific crime.

“The reason for the delay is that we’ve had yet another instance of alleged contraband being introduced to our space. As a result of that and a subsequent investigation, one of our inmates unfortunately had to go to Grady hospital,” Glanville said before announcing the court would go into recess for the day.

Glanville did not name the defendant who had to go to Grady. Calland’s client is Kahlieff Adams, who is serving a life sentence at Hays State Prison after authorities convicted him of murder in 2019.

Authorities are charging Adams with conspiracy to violate the RICO Act, attempted murder, and two counts of participation in criminal street gang activity. 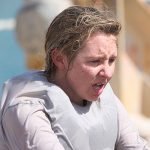 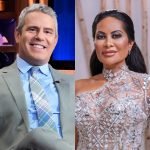