Whew! Yung Miami dropped her first solo single ‘Rap Freaks’ on Thursday night, and the innanet has been trying to decode her bars ever since. Miami name-dropped fourteen of your favorite celebs on the track, but recently told Billboard she was just having fun with the bars.

“The song is showing love to all the rappers right now, it’s nothing personal,” Yung Miami said. “I [named] a bunch of the guys who are on top, that’s hot, that’s poppin’. Nothing is personal, nothing is literal, I’m just having fun.”

Miami said the song was inspired by the risqué bars spit by rappers such as Trina, Nicki Minaj, Lil Kim and Biggie Smalls, who released similar tracks over the years.

“I just felt like it was going to be a moment in hip-hop, so it was something that I just went into the studio wanting to do,” she said. “I’ve been thinking long and hard on it. I hope everyone just takes it as a song. I feel like I’m not being disrespectful to nobody to dissing nobody. It’s just a fun song I wanted to do and recreate what some of the legends did before me. I’m just being an artist.”

Both JT and Yung Miami have released tracks as solo artists in the last few weeks, leading fans to question the fate of the City Girls, but Miami said the group is still in tact!

“We can do outside features and still be a group,” she said. “We’ve been working on music for a while and really trying to take our time with [what’s] next.”

Miami took the time to explain some the of controversial name drops, which you can check out on Billboard! 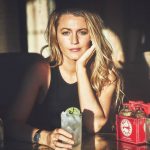 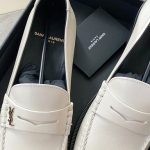