Remember when James Franco and Anne Hathaway co-hosted the 2011 Oscars?

Perhaps not, because you may have voluntarily or involuntarily blocked that disastrous onstage pairing out of your mind. Producers hoped having the actors co-host Hollywood’s most prestigious award show would entice a younger audience. But their performance was heavily criticized by viewers, notably due to the stars’ lack of chemistry.

“It was like the world’s most uncomfortable blind date between the cool rocker stoner kid and the adorable theater camp cheerleader,” David Wild, one of the 2011 Oscars’ four main writers, told The Ringer in comments posted on Wednesday, April 14, a week and a half before the 2021 Oscars—which still has no host.

Wild recalled an awkward moment between the actors during rehearsal, saying, “Again, this is a memory, but [she] was like ‘Maybe you should try that,’ and he was like, ‘Don’t tell me how to be funny.'” Franco and Hathaway have not commented on his remarks.

Wild said there was one moment where he thought Franco and Hathaway had finally broken the ice, while watching surveillance footage of The Disaster Artist actor grinning at a person next to him. 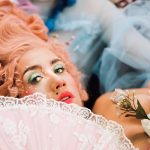